Submitted by Matt Lindsay on

The Little Miami Scenic Trail is a true gem in the over 330-mile network of paved, off-road trails found throughout the Miami Valley and is the most popular recreational trail in Ohio. The 73-mile paved path runs between Springfield and Cincinnati and is the longest single trail in the Miami Valley Trails network.  The Little Miami Trail also provides a connection to the Simon Kenton Trail, which provides access to the north as far as Bellefontaine.

Unfortunately, riders viewed a portion of the Little Miami Trail negatively as two separate segments within Springfield were unfinished and required riders to utilize bike lanes located on city streets.  This caused confusion among riders, as it was difficult to navigate. The City of Springfield spent years working with its various partners to develop a solution to this issue. 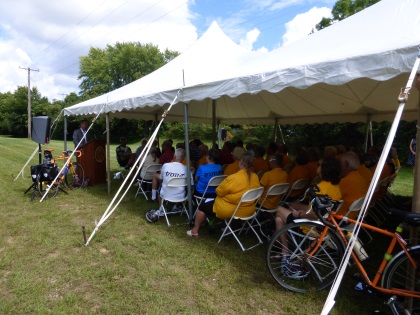 Persistent effort and determination led to the successful effort by the City to receive monies from the Clean Ohio Trail Fund and Ohio Department of Transportation to move the Little Miami Trail off city streets and complete the two missing segments of dedicated multi-use trail. The completion of the two segments will not only provide Springfield with better connectivity within its own system, but also with communities stretching as far south as Cincinnati. 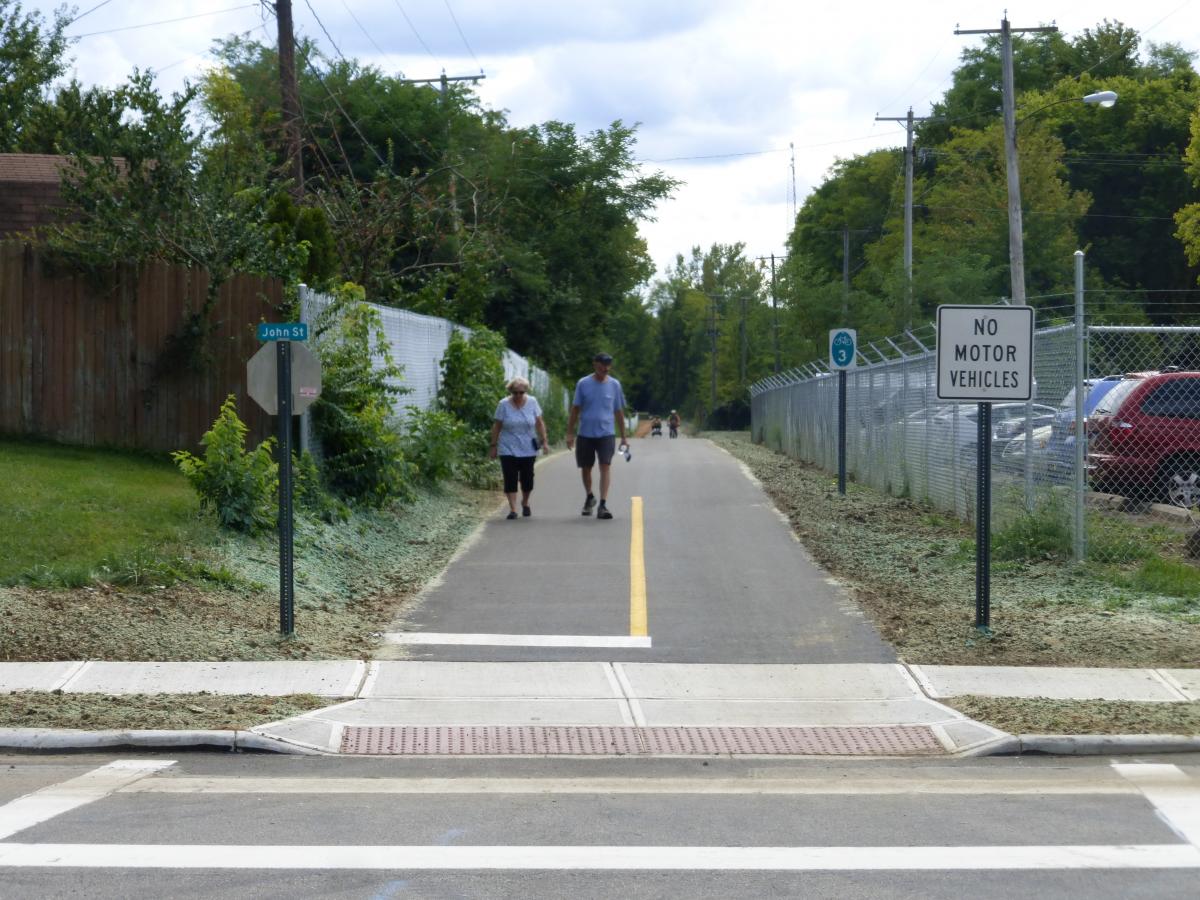 Construction for this project began in the first quarter of 2016 and completed by September 2, 2016. The project included clearing and grubbing, grading, paving, fence installation, seeding and mulching, signage, as well as pedestrian and bike crossing improvements at certain intersections. 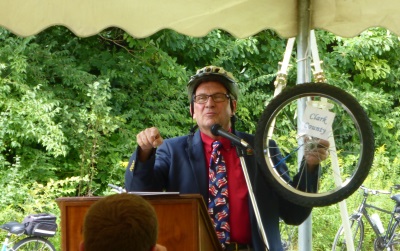 The City of Springfield invited the public to come celebrate another great win for cycling for the entire Miami Valley on September 9, 2016. The ribbon cutting took place north of where the trail crosses John Street between South Yellow Springs Street and Portage Path. Close to one hundred folks took part in the celebration!

Questions regarding the project or the ribbon cutting ceremony should be directed to Bryan Heck, Deputy City Manager at 937-324-7300 or bheck@springfieldohio.gov.

Miami Valley Trails in the News!

The gap in the Great Miami River Trail between Middletown and Hamilton will shrink as a project in Monroe, including the grounds of the old Americana amusement park takes shape. Read about it in this article from the Hamilton Journal-News.

Fix it Station in Piqua

A really nice memorial project will benefit cyclists coming through downtown Piqua on the Ohio-to-Indiana Trail (and just west of the Great Miami River Trail). The Piqua Daily Call has the story. 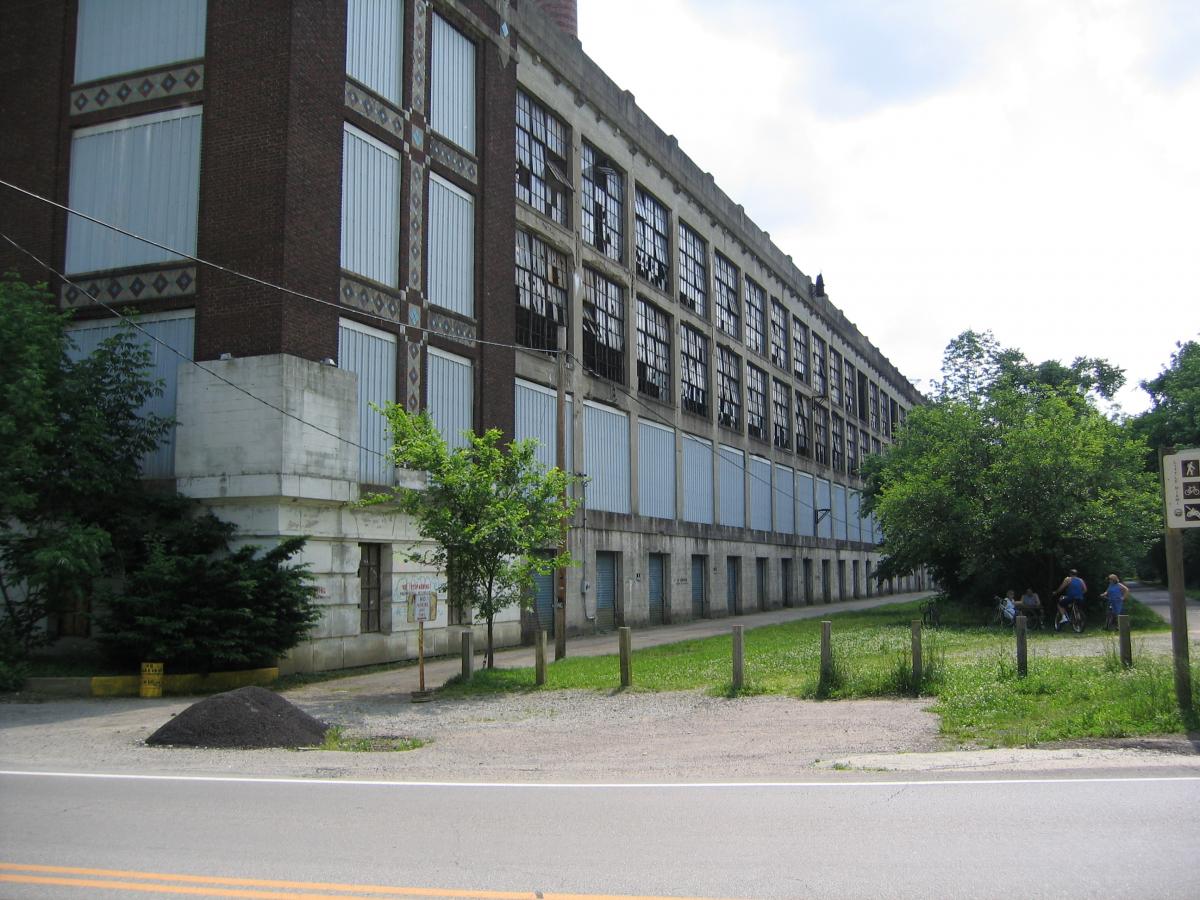 Friends of Xenia Station and other groups and agencies that support (and love) the trail will recognize the 25th anniversary of the Little Miami Scenic Trail between Xenia and Yellow Springs on Saturday, October 15 in Yellow Springs.

Bob Taft, former Ohio governor, will start the program followed by Eric Oberg, Director of Development for Rails to Trails. Also on the program are Dan Young and Karen Wintrow (YS) speaking to the economic benefits, Bryan Heck talking about what Springfield is working on, and Laura Estandia, Bob Steinbach and Chrisbel Bednar on current challenges and regional cooperation. 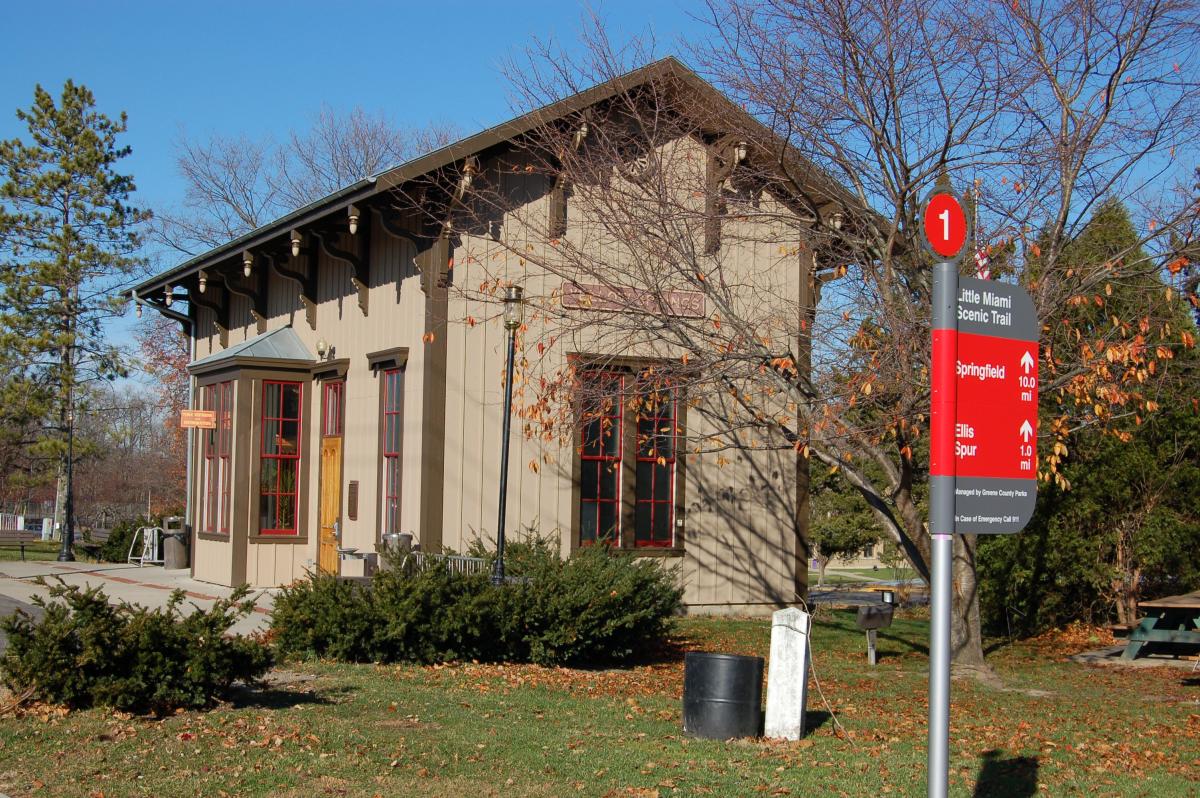 The event will start at 11:00 AM, rain or shine, outside the Yellow Springs Chamber office (Train Station) at 101 Dayton Street, Yellow Springs, OH.